Fishing off My Dock in the Early Mornings 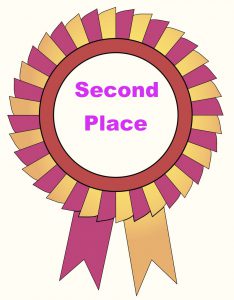 When I wake up in the early morning here on Lake Barkley the singing of various bird species and the scampering of squirrels across the roof tell me it is time to get up and head down to the dock to see what’s happening in the bay.

As I step out onto the back porch of my lake house, I smell the honeysuckle in the air and a scent of dampness, like maybe it had rained a little.  The wind is blowing gently through the trees, and as I descend down the numerous steps leading down to the dock, I touch the right rail and notice how wet it is.  When I go from the last step to the gangway leading to the dock, I hear a big blue heron flutter away and make his squawking sounds as he flies across the bay to perch on another dock.  He thinks he rules the bay, and I am invading his space.  Suddenly I hear several little bait fish break the surface of the water, trying to scurry away from a predator, probably a bass.

So, I open the door to one of the storage closets on the back right side of my dock and reach in to select the rod, reel and bate that might tempt a nice, fighting, largemouth bass.  Ah, here is my Fenwick 6′ rod with the spinning reel loaded with 12-pound test braided line.  I shuffle through my tackle box for one of my favorite bass lures.  Oh, here is a top-water, buzz bate, a Torpedo; that’s been a good lure for early morning fishing.  Oh, no, I think I’ll try this rattle trap instead.  I’ve caught a lot of bass with these rattle traps. Those little rattling beebees inside seem to really entice the bass to strike.

The tiny bait fish are jumping all around the dock.  Something sure has them jumping for their lives.  They are jumping again and again, splashing the water each time they jump.

After I tie the Rattle Trap on the line, I cast out just past where I am hearing the bait fish leap.  The first couple of casts don’t entice a strike, but as I retrieved the third cast, I feel a tremendous slam on the end of my line, triggering me to set the hook, and the battle is on!!  The way he is running, pulling out the drag and line, I suspect it is a nice sized bass, probably a largemouth.  I hear the drag whirr on my reel as the big fish on the other end of my line makes his run to the open end of the bay.  After several minutes, and after the fish has broken the surface and jumped again and again, trying to shake the lure out of his mouth, I manage to win the battle and get him up on the dock.  He is jumping and flopping all over, and I struggle to get him under control.  I run my fingers carefully along his sleek body to see what kind of fish it is.  I have to be extra cautious just in case it is a catfish.   I don’t want to get finned.  When a catfish fins you, it hurts.  I mean it really hurts, making your whole hand and arm pain for a while.  It turns out to be a nice bass, probably at least 20 inches, maybe three or four pounds.  While I normally practice “catch & release,” I’m going to keep this one.  He’ll make a delicious dinner meal this evening, filleted, seasoned, and grilled over mesquite wood chips.

As I take this nice, chubby largemouth bass off my line, I realize I am hearing a big barge going down the river that makes up Lake Barkley.  Judging from how long it took the barge to pass the end of the bay, it must be a tugboat pushing at least three, probably more like four, barges.  I visualize them being loaded with coal, or maybe grain, common commodities shipped down the Tennessee and Cumberland river systems by barges.

After carefully taking the fish off my line, I put him in the portable livewell to keep him alive and fresh.  Then, I cast my lure out a few more times only to be retrieved without any more strikes.  So, I decide to change tactics and re-rig my line.  This time tying on one of my special, hand-tied, double-drop catfish rigs, with a ¾-ounce weight hanging off one lead and one of my favorite, razor sharp Mustad worm hooks off the other lead that’s tied several inches above the weight or sinker.  I bate the hook with an extra long, juicy night crawler to be a tempting, tasty meal for an unsuspecting big channel or blue catfish.  I carefully cast my line up toward the rocks, just close enough to be right on the very edge of the rocks, but not too close to get my catfish rig hung-up in the menacing boulders.  I’ve learned the hard way that those rocks have no sympathy for my hand-tied catfish rigs!

After a few minutes, I feel a slight tap or jerk on my line, followed by a couple more little tugs, then, several seconds of nothing.  All of a sudden I feel a tremendous, slamming jerk on my line, almost pulling my rod out of my hands!  I retaliate by counter-jerking my rod, setting the hook, and once again, the big battle is on.  Hopefully, my drag is set right. If it’s set too tight, the fighting fish on the other end might break my line, but if it is set too loose, the fish will go into the rocks, and I will lose him for sure.  Fortunately, it must be set just about right because I seem to be slowly winning the battle.  I reel in a few feet, and then, the fish, whatever it is, pulls out the drag and pulls out several more feet of line.  I reel in a few feet; the fish pulls out a few feet, back and forth, back and forth, so the battle goes on.  I am winning!  No, the fish is winning!  Finally, the fish is getting tired, but so am I.  My arms ache a little from the battle, but I am finally able to bring him in and up on the dock.

I have to be really extra cautious this time because I am pretty certain from the way the fish behaved in the big battle that it is a catfish.  I hold the fish up a little above the dock and run my hand carefully up his slimy body from his tail until I feel his large, extended fins with needle-sharp tips.  I wrap my fingers around the fins to secure the fish while I take the hook out of his mouth.  It looks like a nice, fat channel cat, probably a two or maybe even a three pounder.  As I put him in the livewell, I think: “Another delicious contribution to our grilled fish dinner tonight.”  I put my rod up and consider it a successful morning of fishing on the dock surrounded by the wildlife of Lake Barkley.

Ron recently retired after nearly 30 years as a full professor of marketing at Western Kentucky University. He also has over 45 years of Real world business experience, as an entrepreneur and consultant. He has published articles in many of the leading academic and business trade journals as well as fishing related articles in several outdoor magazines. Ron is married and has three grown children.  He serves as the president of the South Central Kentucky Council of the Blind. Ron loves reading, travel, and fine dining. He enjoys most sports and is an avid fisherman.