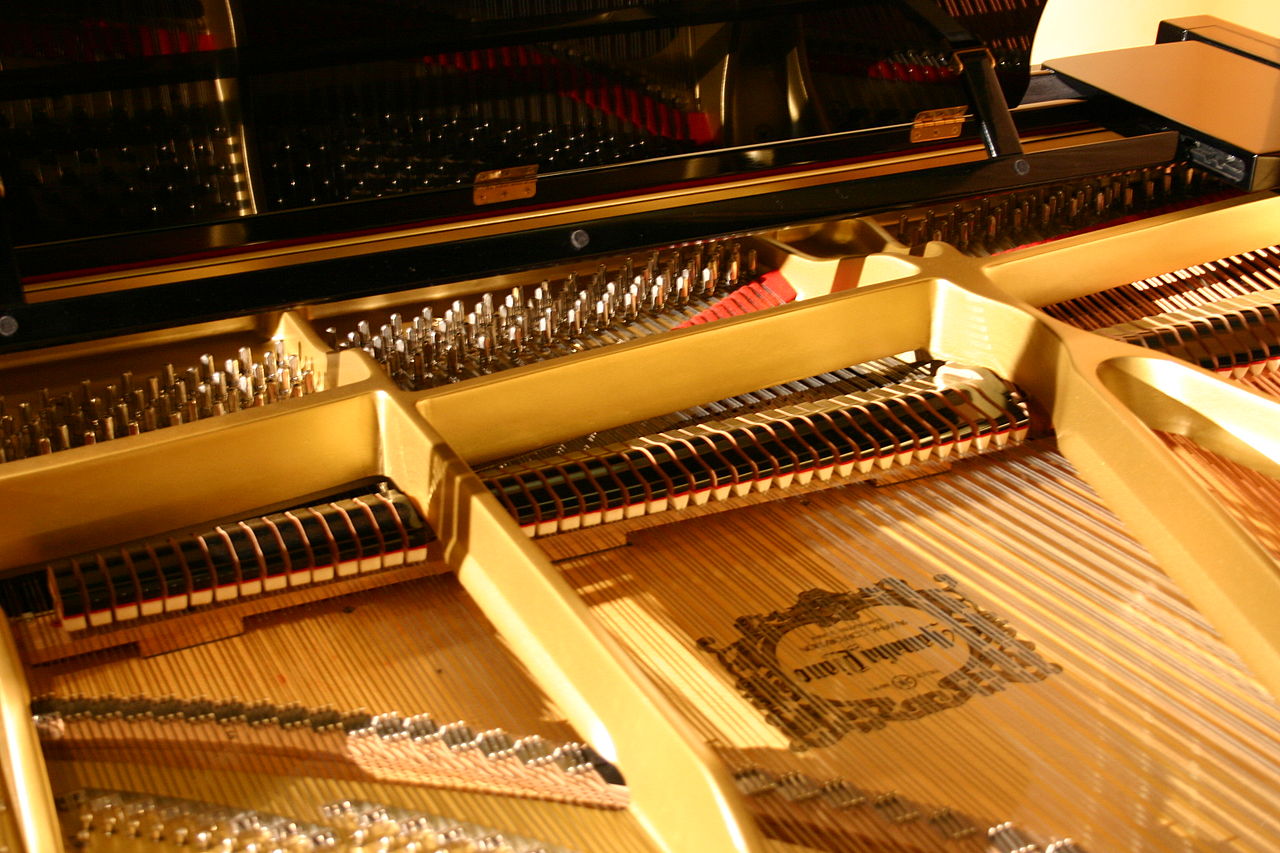 From the moment I came through the door, I had a funny feeling about this customer. He was just a bit too friendly and over-solicitous. But when you work for a service company, the good, bad and weird, all have to be treated the same.

The piano was an elderly upright. This model has some parts which were made of brass. The flange is a device which allows a part to be anchored in place and still move in a pre-determined direction. This piano had brass flanges for each of the hammers. These metal flanges look great when they’re new but they will harden and then crack with age. I found fourteen of them which had to be replaced. That is a time consuming process and the service company had a set rate based on the amount of time it would take to complete the work.

I explained what was wrong and gave the customer the estimated charges before I started. That is a routine practice. But all of my warning bells were going off. The apartment was in an old five story walkup. The furniture I touched was badly worn and fitted with homemade covers. I asked for some water and was given a jar, not a drinking glass, filled with water from the tap. Something told me that this guy didn’t have the money to pay for such an expensive repair; about four hundred and fifty dollars plus tax. I paused for a moment and explained that if he agreed to the work, it was a contract and he would be held responsible for the charges. By that time, the guy was really getting nervous. He sat in one of the chairs, tapping his fingers on his thighs and the arms. His movements sounded jerky. Now, my alarm bells were screaming!

I could have called my dispatcher and discussed the matter with him but that was contrary to company regulations. “If the customer
says he’ll pay, you have to do the work.” My personal feelings, although
they were based on observation and experience, couldn’t be a part of the issue. We were not allowed to question any person’s integrity.

I scheduled another appointment and left. As soon as I could, I did call my dispatcher. “harry. This guy is so poor that I don’t think he’ll be able to pay for the repairs. I think we should decline this job.” Harry ordered me to pick up the parts and do the work. He assured me that the company would deal with any payment issues.

In about three days, I came back and completed the repair.
As soon as it was done, I gave the customer the bill which included the tuning. I didn’t finish reassembling the piano. That too is routine. The idea was to give the customer time to arrange payment while the piano was put back together. The guy looked at the invoice and did exactly what I thought he would do. He started to laugh. “I don’t have the money to pay this bill. But the work is done. What are you going to do about that?” I nodded and turned to reassemble the instrument. In an upright piano like this one, all of the moving parts are mounted on a frame called the action.
It rests above the keys and can be removed for the kind of work I had just finished. It was then that I got an idea. I put the action back into the instrument but didn’t seat it correctly. It looked okay but none of the keys would play at all. I put the piano back together, wished the customer a good day and went on my way. I called harry in Dispatch and told him what had happened. “Don’t worry about it Jack. We’ll take care of it,” said harry.

Less than fifteen minutes later, according to my sign-out log, that guy was on the phone to Harry and he was screaming. He went on and on about the service company sending a blind technician who didn’t know what he was doing. He demanded that Harry send someone else to finish the job. I wish I could have heard that conversation. Harry told him that they would be happy to send another technician as soon as he could present payment in full. That stopped the guy cold. He hung up and then called back about two days later. He told our dispatcher that the money was ready but demanded that someone come out that very day. Mike Fitzpatrick was in the office so harry sent him out. Mike opened the piano, saw what I had done and had a lot of trouble keeping a straight face. In less than five minutes, Mike fitted the action in place, tightened the screws and played a lively tune before thanking the customer and leaving.

He went back to the company office and Harry roared with laughter. He called me at a customer’s house and instructed me to come in as soon as I was finished. When I came upstairs, harry and Mike were waiting for me. Harry had all he could do to stop laughing. “Remind me never to make you mad, Jack. That was a nasty trick, a very nasty trick!
I’ve heard of forcing payment but this one takes the cake!”

I felt bad about that situation later on. I knew the guy didn’t have much money. If it had been me, I probably would have trashed that old piano and went looking for another one. Where he came up with that cash, God only knows. Harry flagged his account. He put a black sticker onto the folder, telling anyone in Dispatch that they weren’t to schedule any work for the customer. There is always that chance with someone new.
For the most part, people take the work seriously and won’t agree to service like that unless they can pay for it. But every so often, you get someone who thinks that they can beat the system. I won’t miss that part of the business.

John Justice is the author of many published articles and some songs. In 2015, his short book It's Still Christmas was published in e-book and print. His much longer book is The Paddy Stories, Book One. It was published in June 2016. Excerpts of John’s works and links to purchase them are available on his website: http://www.dvorkin.com/johnjustice/.