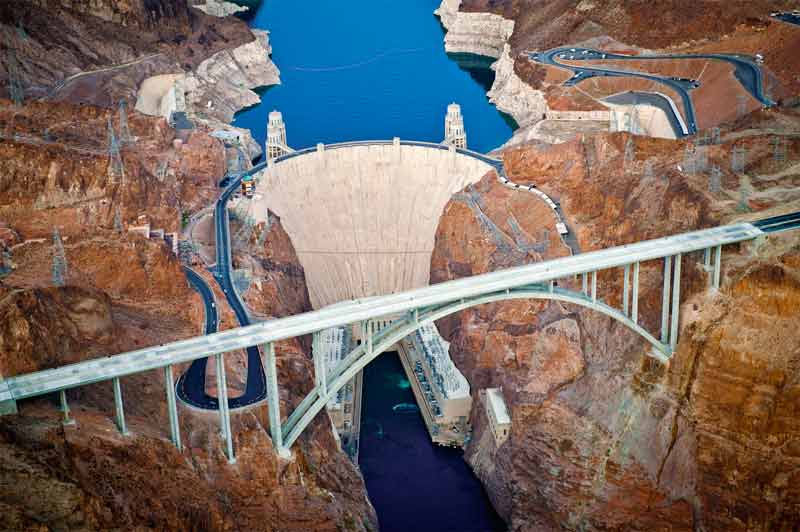 My story begins when I was offered the chance to kayak for a week from the Hoover Dam down the Colorado River. I was excited to say the least, and jumped at the chance. I have always loved the outdoors and regret that when I had sight, I was too caught up with work and other things to take a break and really enjoy what the beautiful outdoors had to offer. As a kid my mom took me to Sedona where we attended a desert survival camp. I think this is where my love for the outdoors really began.
So, without hesitation, I signed up for the rafting trip. In all there were to be about nine of us going; five blind and visually impaired individuals and four sighted volunteers.

When the day finally came, I was so excited and I could not wait to get on the road. The trip from Tucson to our starting point at the Hoover Dam was a long one. I just wanted to hurry up and get there already! After a long, hot, uneventful trip we finally arrived at the dam and began getting our things together to get on the river. We unloaded both of the trucks which were carrying all of our gear and kayaks. We made our way down to the bottom just as the alarms sounded and they began to open the dam to raise the river level. As I was standing there on the rocks I felt very cold water suddenly splash over my legs and feet. I didn’t really think about how cold the water was going to be before then, but man was it cold!

After getting all of the kayaks and a few canoes unloaded, we were assigned which ones would be ours. I don’t know why but for some reason I thought that we would be assigned two to a kayak, but nope that was not it at all. We were each given our own kayak! At this point I had started to feel some unease about the trip. What kept going through my mind is how the heck am I going to steer this kayak down this river without flipping it or running into a rock or another person?

I could hear that my friends were hesitant about this situation as well. They were all asking the same questions that I was. I could hear the fear in their voices as we talked about this surprising turn of events. We were then handed life jackets and instructed how to put them on; tightening the straps to make them fit as snug as possible. We were shown where the paddles rested on the sides of the kayaks.

As I pulled the paddle from the side of my assigned kayak, I somehow felt a bit calmer as I replaced my white cane that I had been holding with the paddle. I knew right then and there that this paddle would become my new cane in a sense; helping me to find my way down the river. Calmed by this thought, and in an effort to lead by example, I cautiously got into my kayak as we had been instructed. It was not until I had sat there for a few seconds that I noticed the sudden hush that crept over those standing around me. Soon after, they also began slowly getting into their kayaks as well. I learned a very important lesson from this, and that lesson was that sometimes people can be nervous about things that are different, or that they don’t understand. By taking that first step with the paddle and getting into my kayak, I showed others not to be afraid.

Once on the river I was entranced by the cool water and all the wonderful sounds of nature. As the day began to heat up a bit more, I dipped my bandanna into the river then tied it around my head. I loved the way the cool water trickled down the back of my neck, warding off the heat of the day. Coasting down the river, I pulled out a sack of trail mix, stretched out my legs and reclined in my seat as I really began to enjoy myself. After being on the river most of the day, we stopped to make camp as the sun began to get low in the sky.

Following dinner I grabbed my gear, picked out a spot and set up my tent on the hot sand. I went back to the river to dip my feet in and use the filter to refill my water bottle. That first night, between the strange noises coming from all around our camp and the heat, I didn’t think I would ever get to sleep. It was even hotter inside the tent but I figured that I would rather sleep inside a hot tent than sleep outside where who knows what could be crawling or slithering around on the ground. With no breeze to distract me from the stifling heat I soon fell into a deep sweaty sleep.

The week flew by and as it did my cautions about sleeping outside the tent at night became less and less important. On the last night we were to be on the river it was just way too hot so a few of my friends and I spread a tarp out on the ground and laid out our sleeping bags. Lying under the open sky was so much more relaxing although not much cooler. We had all gotten to the point where the bugs and noises didn’t really bother us anymore at all. The ground was hard and seemed to never cool down from the heat of the day, but it was an experience that I would not trade for the world.

At about the time that everyone was going to sleep I borrowed a fishing pole and made my way out to the edge of the river. It was calm and tranquil. I waded into the cool water up to my waist and cast my line out to the middle of the water. I stood there alone in the darkness feeling the rivers current flow passed me and listening to the water and the sounds of nature and felt peace like I have never felt before or since. I knew, standing there under the open sky that this would be a memory that I would keep forever, and in the future I would draw strength and courage from the peace I felt in that moment.