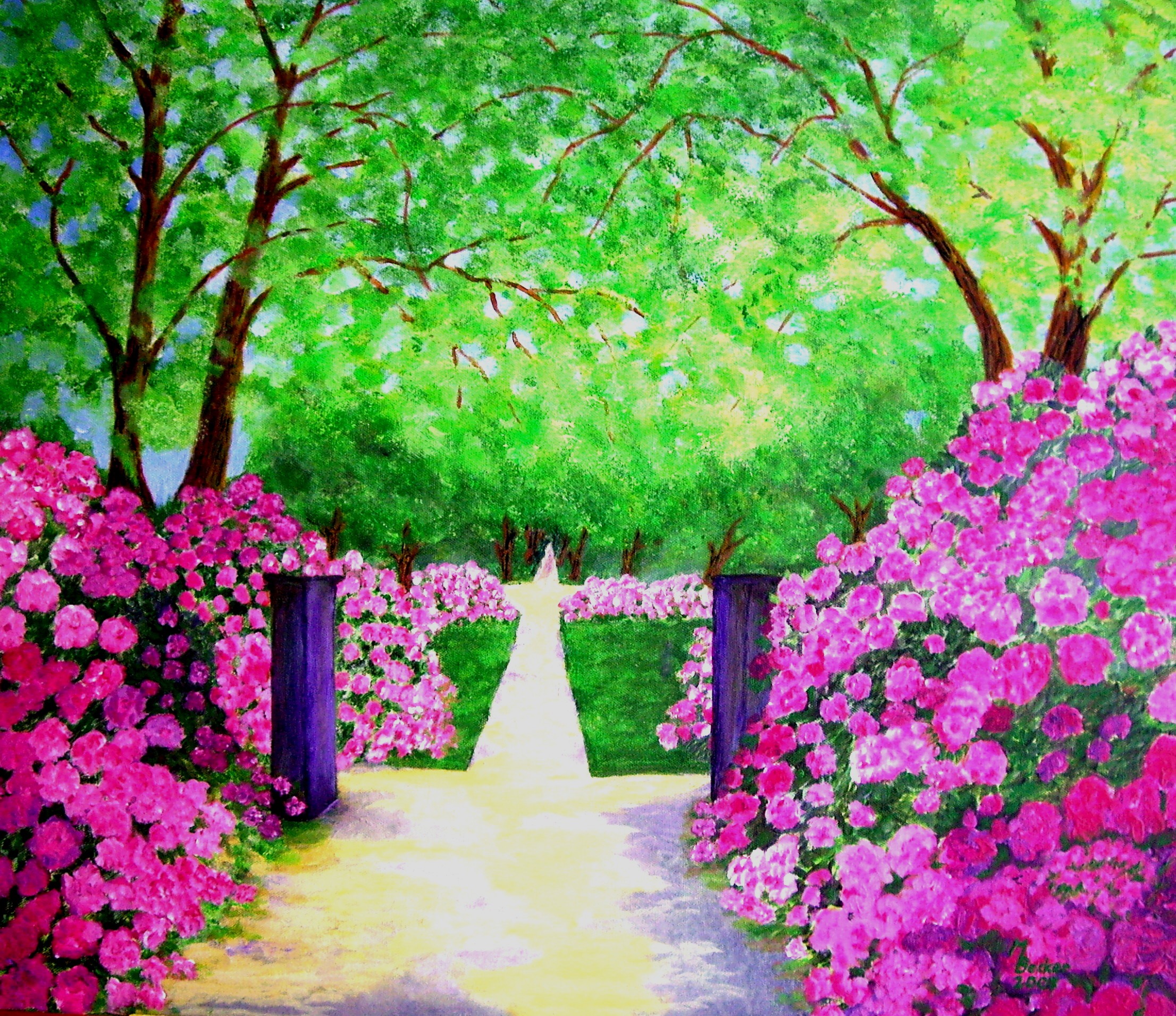 One of the better aspects of losing my job along with my sight is that I get to spend more time with my kids. Every morning, I walk them the half-mile to school, and I return in the afternoon to accompany them home. During our walks, they tell me about their days, who got in trouble, who likes whom, and how a kid named Brian always cheats at kick-ball.
We live in an old neighborhood, and along my route there are a dozen homes with bushes planted near the sidewalk. While there are several varieties, they all inevitably grow outwards, eager for the opportunity to snag an unobservant pedestrian. At the beginning of every school year, I bring a pair of clippers with me as I drop the kids off, and on my way home I help those who are too busy to trim their bushes.

One house has a huge rhododendron bush, which must be decades old. Tall and thick, branches hang over the sidewalk like a canopy. When it’s blooming, the fragrance is unmistakable, and I’m sure it’s quite beautiful.
I’m about five foot eleven, and I could feel the presence of one close branch as I passed underneath. Following a heavy rain, the branch got heavier, hung lower and whacked me in the head.

After the third or forth such incident with the wayward branch, I asked around and found out the name of the homeowner. I called and left a message stating that I was the neighborhood blind guy, that their shrubbery had assaulted me, and would they please do something about it? Several weeks went by with no action taken, so I followed up with another, stronger, phone message. When winter came, the aggressive branch adopted a regular five-foot nine stance. Most days I was able to duck and miss it. But, every now and then, I’d wind up with another hunk of flesh donated to the Rhododendron God and five more points on my blood pressure reading.
I sent a letter asking the homeowner to please take care of the bush. I even volunteered to help tie the branch up higher, if they needed assistance. Nobody did anything.

One morning, we all got up late because the power had gone out and the alarm clock hadn’t worked. Everybody scrambled to get ready on time. During the frenzy, I knocked a box of cat food on the floor, accidentally poured orange juice on my cereal, and misplaced my left shoe. So I wasn’t feeling particularly loving or charitable. The kids had warned me to duck on the way to school, but the battering bush got me on my return trip. As Popeye used to say, “That’s all I can stands, I can’t stands no more!”

At home, I stuck a wad of toilet paper to the gash in my forehead and grabbed my tree saw. I tapped back down the street with one arm raised protectively in front of me and located the assailant. At first, I started trimming small branches to take weight off the thick bough overhanging the sidewalk, but this was time consuming, and had little effect. So, I went to the major branch, one evil nub still sticky with my blood, and started to saw.

About this time, I heard a car pull into the driveway and stop, not five feet from me. This was a little awkward. While I’m no lawyer, I figured that cutting down a neighbor’s bush was probably illegal. But, the car just sat there idling. I imagine the driver, presumably the homeowner, was frightened by the sight of the angry blind guy, a wad of bloody toilet paper stuck to his forehead, waving a saw around like the villain in a bad horror movie.

I did a quick mental calculation, and figured if the driver had called the cops on a cell phone, I was already in trouble, so I might as well finish the job. I found where I’d been cutting, completed the amputation, and dragged the limb to the edge of the property. There was still no activity from the vehicle, so I picked up my cane, gave them my best Jack Nicholson smile, wished them a good day, and returned home. I don’t expect to get invited over any time soon for a barbeque, but at least my forehead and hairline will stay intact. Now, if I could only do something about the guy who refuses to shovel his sidewalk…

Chris Kuell is a writer, editor and advocate living in Connecticut. A former research chemist, he lost his sight as a result of diabetic retinopathy. He learned how to use a computer with speech output and turned his efforts to writing. His essays and stories have appeared in a number of literary, and a few not-so-literary, magazines, journals and newsletters. He is also the editor of “Breath and Shadow”, an online literary journal of disability culture and ideas.